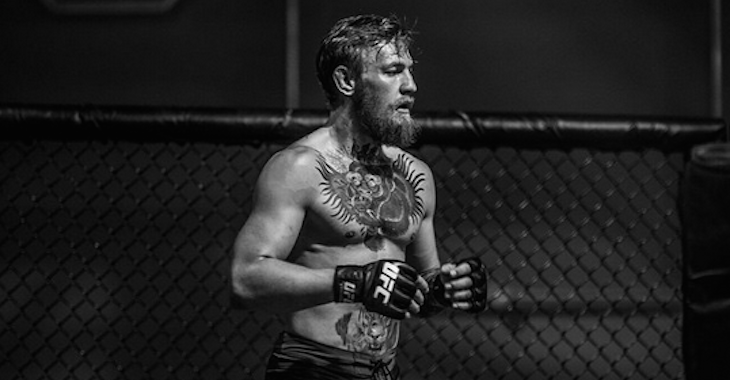 UFC featherweight Conor McGregor climbed to the top of the pile of challengers waiting for a shot at Jose Aldo’s championship and will finally get his shot. McGregor and Aldo are set to duke it out at UFC 189 and it may just be the biggest UFC pay-per-view of the year.

McGregor has moved to Las Vegas to train for Aldo and he just shared a few photos from his most recent training session— check them out!

Grinding to the GOLD!! (Photo – @erhfoto)