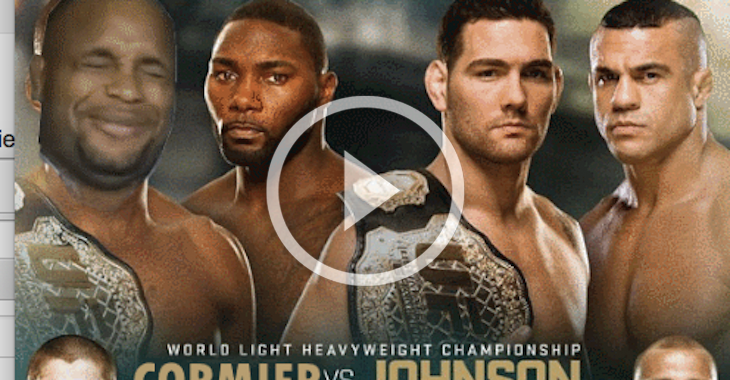 Once it was made official that the UFC suspended and stripped Jon Jones of his championship and was replaced by Daniel Cormier, it was obvious that a truckload of photoshops would be unleashed. It didn’t take long for someone to strike gold with a fixed and animated poster for “UFC 187”!