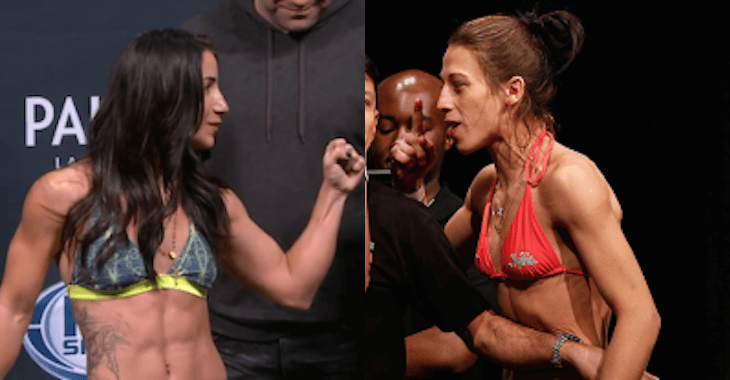 Currently there’s a dominant champ reigning over the UFC’s strawweight division and her name is Joanna Jedrzejczyk, or Joanna ‘Champion.’

Especially in her last two fights, where she’s absolutely destroyed former champ Carla Esparza and challenger Jessica Penne. Not only did she beat them, she battered them with her high level striking and left them a bloody mess.

She now gets ready to defend her belt for the second time, against Valerie Letourneau, at UFC 193 going down on Nov. 14 in Melbourne, Australia.

Fellow strawweight and TUF 20 cast member, Tecia Torres, recently told MMAJunkie that she’s a fan of Joanna and thinks she can be the champ for a while. But, she added that she doesn’t think the champ is unbeatable.

“I’m a fan of the sport, so I’m definitely a fan of ‘Joanna Champion’ and her skills, but on the other hand, it is realistic that one day I could be fighting her. I think she’s great, and she’ll be champion for a while, but I don’t think she’s (unbeatable).”