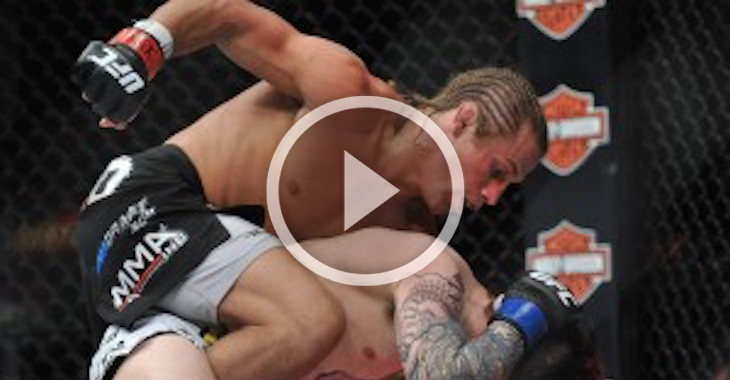 There are plenty of different grappling backgrounds in MMA. They all have their advantages, but it’s clear after watching for a while that some grappling techniques work better than others.

So then come the question, what style of grappling is the best for MMA?

Ok, so our experts are members of Team Alpha Male and TAM Grappling isn’t a real thing, or is it? On Thursday’s episode of Stud Show Radio, host Justin Buchholz chimed in and gave his opinion on the matter, saying that he believes the the team has formed their own style throughout the years and he thinks it’s the best for MMA.

“I just feel like Team Alpha Male attack-style wrestling is the best grappling for MMA on the planet.”

“I feel like the stuff we do, like in wrestling, in house, with Lance [Palmer, Nicki J, TJ [Dillashaw], Faber of course, with Chad; Like the style that they’ve created is the best grappling art out there.”

It’s hard to argue with the results. When you think of fighters from TAM what do you think of? Fast, aggressive movement, constant high pace, takedowns, and of course the guillotine. So I present the question to you, who has the best style of grappling in MMA/UFC?