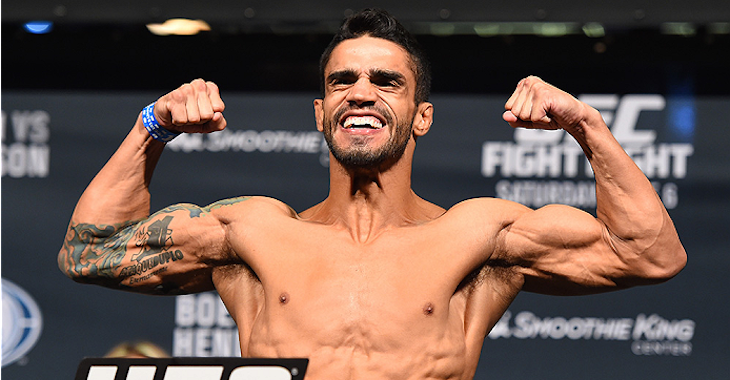 Clay Guida can push a relentless pace in the Octagon that many of his opponents are unable to keep up with.

So when Thiago Tavares, his opponent for ‘UFC Fight Night: Sao Paulo,’ began preparing for his fight with Guida, he had to come up with a creative strategy to prepare for Guida’s pace.

“That had me concerned a lot, especially during practice. It doesn’t concern me anymore, though. There’s nothing I can do about it now. We had an intense strategy. I would spar with three or four guys who would switch. When one of them got tired, another came in. That’s exactly because he (Guida) is a killer. He never gets tired. Whatever happens on Saturday will be the result of our encounter. I came to war. Don’t expect anything less. I don’t if it’ll end in 30 seconds or 15 minutes, but I’m trained.”

Will it be enough for Tavares to defeat Guida Saturday night?