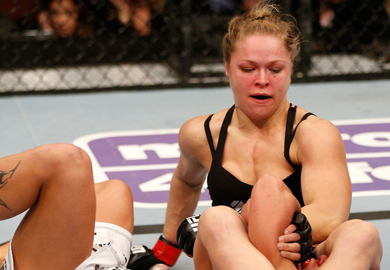 “I just think Ronda’s so crazy, you guys will see when the show [TUF 18] comes out, that I assume she can’t keep a man around for any period of time so I would imagine she’s probably pretty jealous that both Bryan and I are successful fighting in the UFC and going on 7 years, so she can’t keep him out of her mouth.”

Miesha Tate is now sticking up for her man after months of verbal abuse delivered by Ronda Rousey.