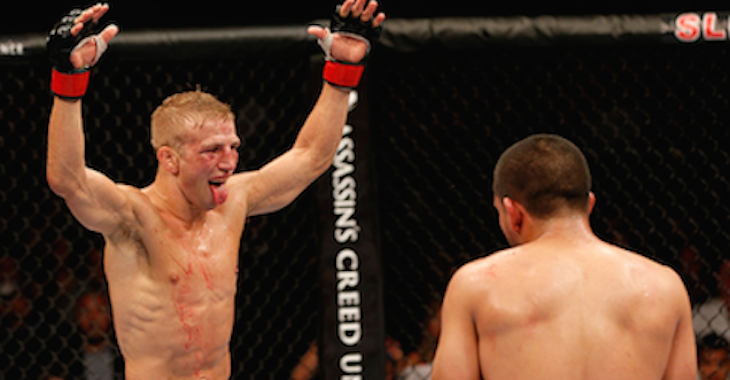 The UFC’s bantamweight champion T.J. Dillashaw isn’t going to be excluded from the flood of fighters giving their opinions on Jon Jones.

To be fair, most of these fighters are only answering questions about it, they’re not going out of their way to talk about Jones. Never the less, here’s what Dillashaw had to say on MMAJunkie Radio.

“If Jon Jones can’t figure out his life to where he can live clean and be a professional, then he doesn’t deserve to be the champ, either. The UFC did the right thing, and whoever wins that fight is going to be a great champion.”