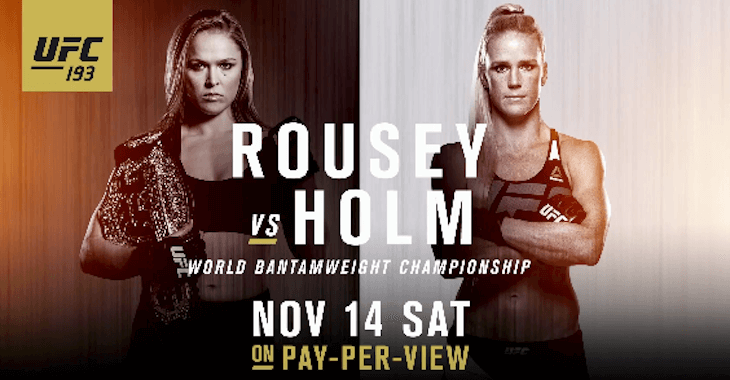 Ahead of Ronda Rousey and Holly Holm’s UFC 195 main event scrap this Saturday in Melbourne Australia, take a look at the side-by-side breakdown of the two fighters. Many fans will be surprised that Holm only has a 1-inch reach advantage over Rousey. While many expect Holm to stand on the outside and pick Rousey apart, she will not be able to keep Rousey at an extremely long distance given the lack of a significant reach advantage. The chart does not include a leg reach for Holm, which will likely play a large part in Holm’s ability to keep Rousey back with kicks.

In addition, it is important to point out Holm’s defense of significant strikes. While Rousey lands more significant strikes per minute than Holm, if Holm is able to use her defensive advantage to counter Rousey as she closes the distance we could potentially see Rousey bloodied and battered for the first time.

Who do you think takes home the UFC women’s bantamweight championship Saturday night?