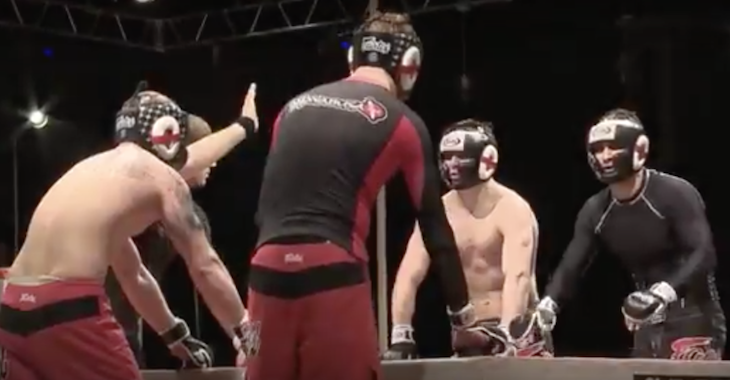 People continue to look for new and inventive ways to evolve the sport of MMA. Bringing back tournaments, and doing things like Bellator’s Dynamite event which will feature a cage and a Glory kickboxing ring in one arena seem like fun ideas that could breathe some life into the sometimes stale Saturday fight cards.

Having team MMA fights….not so much.

Look, maybe that is your thing, maybe you want to see a chaos induced, riot looking fight going on. Must mostly, team MMA is nothing more than a sideshow attraction. That’s why it’s strange that a state has officially approved a 2-on-2 MMA fight.

South Carolina’s athletic commission signed off on ‘Arena Combat’ which is a two on two MMA match that takes place in an arena full of padded obstacles.

What do you guys think, are these type of events something you want to see more of?