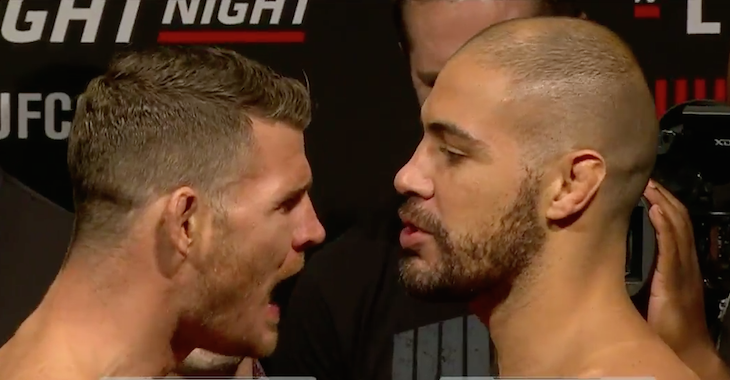 ‘UFC Fight Night: Glasgow’ weigh-ins just went down and there were some intense staredowns going on.

Check out the staredowns below: