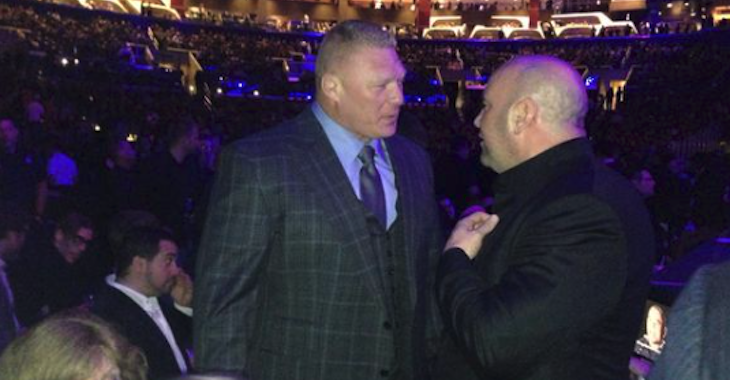 There has recently been a lot of talk regarding whether or not Brock Lesnar will return to the UFC after his contract with the WWE is up later this year. Just as it seems talks of a potential Lesnar return were dying down, Lesnar appeared at UFC 184, with a seat directly behind UFC President Dana White.

BROCK has arrived at #UFC184 pic.twitter.com/ykbpJPSlll