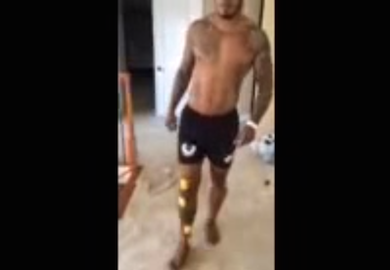 Multi-sport combat fighter, Tyrone Spong was on the wrong end of a checked kick last weekend while fighting for Glory.

In what was eerily similar to an Anderson Silva leg break, Spong was rushed back to the states to undergo emergency surgery.

It was a success and as seen in the video, he’s already moving on the leg, one day after surgery.