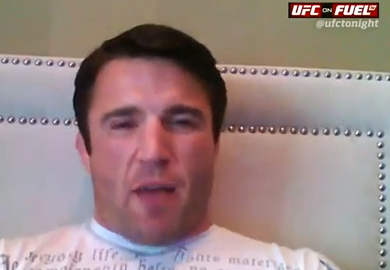 “I’m not looking for it anymore, I don’t like to bully guys. I tried to fight him, he doesn’t want to fight. I’m not gonna stick a finger in a guy’s chest. If a guy says ‘no,’ I’m not gonna be a jerk about it.”

Taking to his desk job on the “UFC Tonight” set, Chael Sonnen made a shocking announcement that he is backing off the Wanderlei Silva fight.

IS this a ploy to get the Brazilian to step up or is Sonnen’s statement genuine?