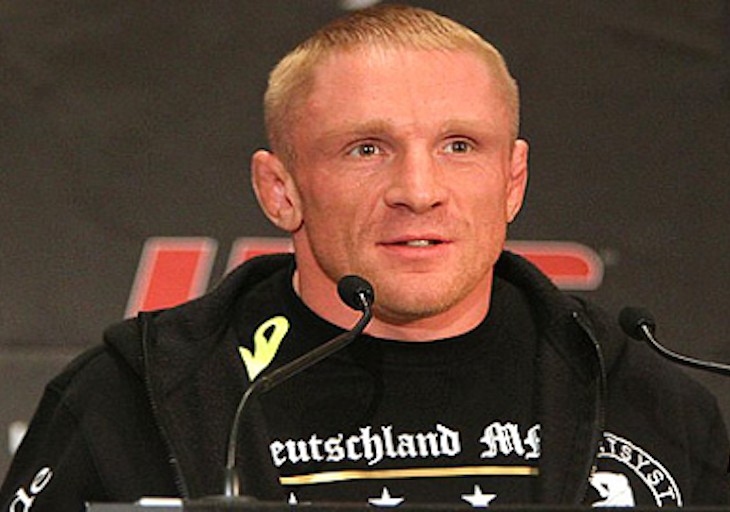 Ahead of UFC Fight Night Boston on Sunday, Dennis Siver has had enough of Conor McGregor’s trash talk, and is now speaking out.

Siver has been silent so far over the past few months, but now is speaking out against ‘Notorious’, and saying the UFC is unrightfully hyping him.

He spoke to GroundAndPound.de to discuss the bout, and why he’s had enough.

“That Nazi quote took things too far already, but to see his behavior live and in person… he is so full of himself. When I met him there for the first time, I saw what an idiot he really is. That was too much. […] From what I saw he is like this all the time. I can understand all that shit in front of the camera. But if you act like this in private, too, behind the stage, without any cameras – it shows that you are an asshole and just a really bad person.”

Leading up to the bout, UFC President Dana White revealed that if Conor McGregor defeats Siver, he will fight Jose Aldo for the title belt, something Siver says is premature:

“I think that’s a bit premature. There are lots of other guys out there that deserve it more, because they have accomplished a lot more things in their careers. They are pushing him very fast. I don’t know why or if it’s just because of his jabbering. The UFC can do what they want, that’s their thing. I will spoil that whole show anyway. I will bring him down to earth with a bang and take away his chance of a title shot. To smash his face in beats any title shot in the world for me.”