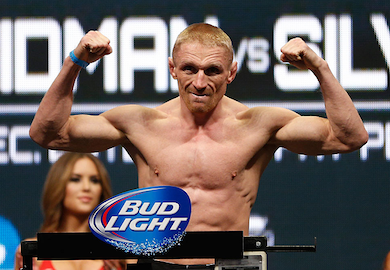 Prior to UFC 168 I had to hire an external personal trainer and nutritionist to support me with making weight. The nutritionist recommended me a new diet method from the US, which had been successfully used by the stars.

Thereupon I asked, if I, as a competitive professional athlete, could safely use this supplement. This was confirmed to me. Then I committed the fatal mistake of not making sure through the UFC if individual substances from the supplement could have effects on the drug tests.

I flew to the US and won my fight. I was all the more shocked when the result of the A sample was deemed ‘inconclusive’ and I was hoping for the result of the B sample. They found a small component of hCG in my urine sample – a minor ingredient of the diet preparation and a substance which is banned in the UFC.

I do not want to blame anyone for this result and I take full responsibility for my gullible and careless behavior. It was my mistake and it was grossly negligent. But I distance myself from any kind of doping. In my previous sixteen UFC fights, not even the smallest banned substance has been detected. This makes the current events all the more disappointing and shocking for me and my team.

– Statement from Dennis Siver via Groundandpound.de

Dennis Siver is coming out in denial of his recent drug test findings, claiming innocence, or maybe it’s ignorance.

The UFC featherweight fighter, is currently serving a suspension for his failure to identify his supplement intake and as a result, his victory  over Manny Gamburyan was overturned.