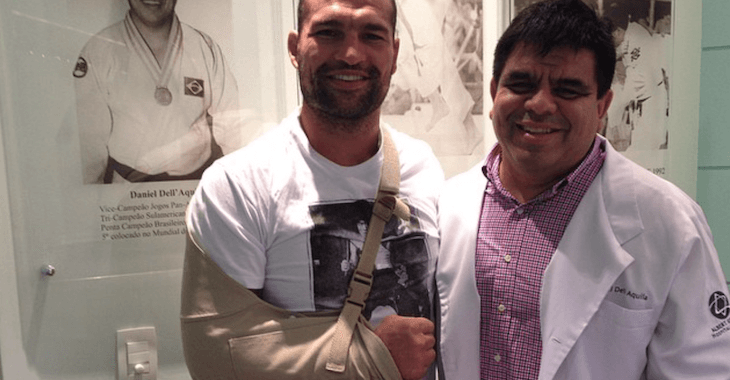 MMA veteran Shogun Rua will be on the sidelines for the rest of 2015 and hope to make a return early next year.

Shogun announced on his Facebook that he underwent surgery this past Sunday, on his shoulder.

“I had surgery on my right shoulder this past Sunday in Sao Paulo, with my orthopedist Dr. Daniel Delaquilla, and everything went well.”

“I already did the ‘post-surgery’ appointment yesterday, Tuesday, and we are already taking care of my recovery to be back strong, ‘good as new’, early next year.”

The Brazilian fighter is coming off of a decision win over Antonio Rogerio Nogueira, or lil Nog, at UFC 190 back in August. After that fight Shogun has been calling for a fight with Rampage Jackson next.