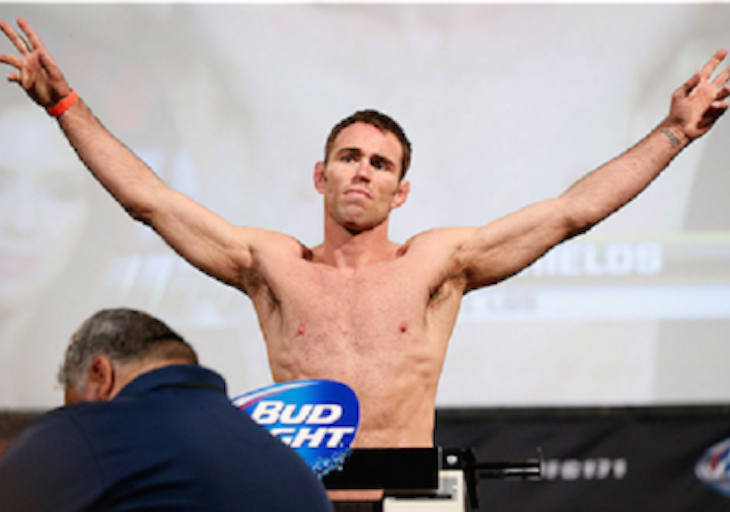 During a Nevada State Athletic Commission (NSAC) hearing earlier today to receive a license to fight at WSOF 17 this Saturday against Brian Foster in the main event.

Shields is 36 years old, and the commission requires all fighters applying for a license over 35 to appear in front of the commission.

Shields was granted a license to fight as long as he receives a clean MRI, and a Hepatitis-B test.

However, the commission asked Shields about an asterisk on his record going back to UFC 150, where he scored a decision win over Ed Herman, which was overturned to a no-contest after Shields tested positive for a banned substance, which it was revealed was a diuretic.

He spoke to the commission about the failed drug test saying he got it from “someone I know through another fighter”, but when asked to reveal what substance it was said, “I don’t really know too much about it, to be honest.”

““Obviously it was a mistake, and I served my suspension. I learned from my mistakes. I definitely don’t want to go through what I went through before.”