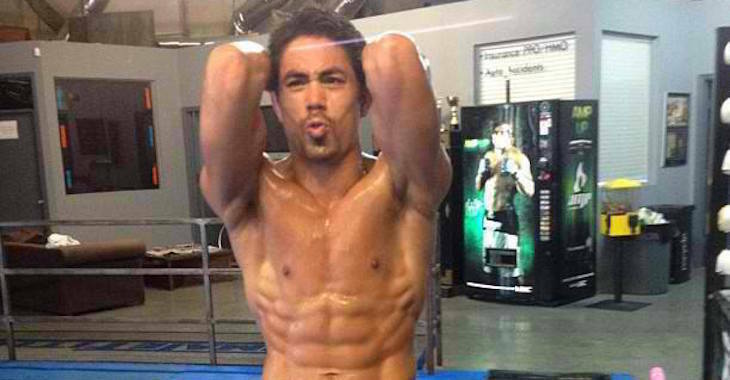 Should a fighter engage in sexual intercourse before getting in the cage or is it a major no-no? If you listened to Thursdays episode of Stud Show Radio then you heard the guys (Justin Buchholz and Chris Carlino aka Sir Studboy) lightly touching on the subject.

While talking to their guests, Team Alpha Male fighters Tyler Diamond and Erick Sanchez, about their upcoming fights, the subject of sex before a fight came up. Diamond made it clear that he intends to “spar some ass the night before.”

Buchholz spoke up and gave his thoughts on the titillating subject.

“When I first got into the sport, I followed boxing you know. Boxing you’re not having sex at all,” said Buchholz who then went on to talk about how the idea of no sex before a fight for a designated amount of time has shifted, “First I don’t know, it might have been over a month, but it went from like 6 weeks to 3 weeks to 2 weeks to now it’s like a matter of hours.”

“You shouldn’t do it the day of either. I’m saying for me personally, when I first started fighting I said I’m not going to have sex for like two months, I don’t even know if I ever really went that long, but like a month you know. For boxing, that’s from boxing. But once I got into MMA I would see what my peers were doing, they were doing it so I was like ok. They would have sex the day of.”

Watch the “No Sex” segment below: