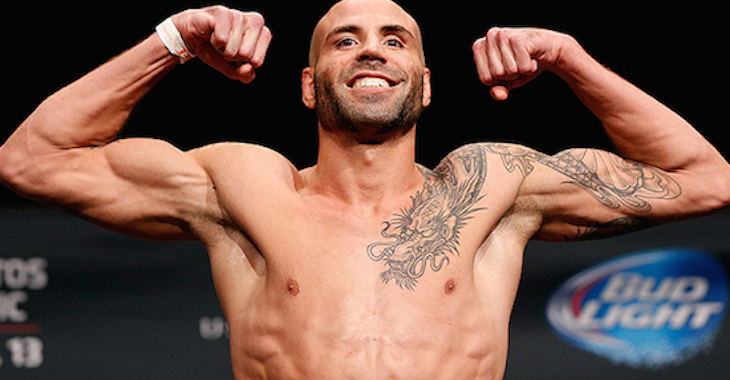 UFC welterweight Ben Saunders has been forced out of his scheduled bout in Brazil, opposite Erick Silva, due to injury.

The two welterweights were scheduled to square off at UFC Fight Night 62, on March 21.

UFC Fight Night 62 goes down from the Maracanazinho Gymnasium, in Rio de Janeiro.

It is unknown if the UFC will seek a replacement for Silva on two-weeks notice, or scrap the bout entirely.

The nature of Saunders injury is currently unknown.