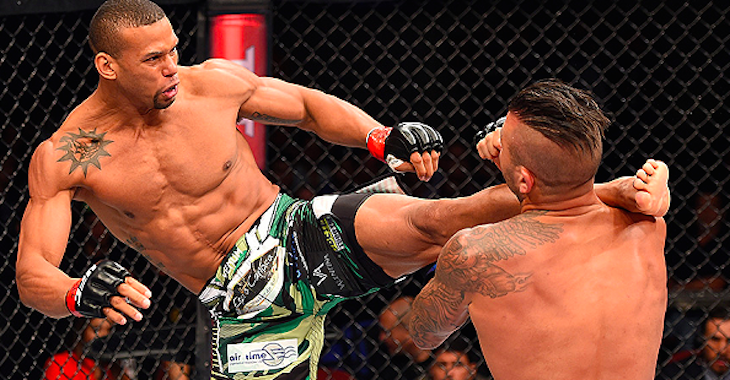 Thiago Santos only needed twenty-nine seconds to knock Steve Bosse out at “UFC Fight Night 70″ on Saturday night. The two stormed to the center of the octagon and it wasn’t long before Bosse was introduced to the shin on Santos.

“I tried to kick him in the liver, and I saw he dropped his guard a little bit,” Santos explained through his interpreter. “I knew if I tried again, he was going to leave it open. I kicked him in the head, and it worked.”

It’s not often you get to see walk-off knockouts in the octagon, but Santos knew he was out before he even hit the ground. “I saw (he was out) in his eyes, and I saw that he was out and it wasn’t worth throwing any other shots,” Santos explained.

Could this go down as one of the most brutal knockouts in UFC history? Share your thoughts in the comment section below!