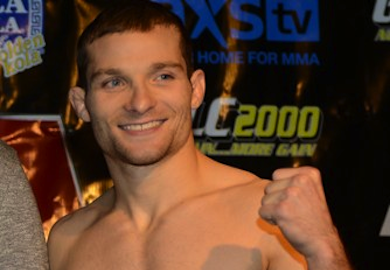 It appears flyweights Josh Sampo and Josh Makovsky (pictured) will square off at UFC 170: Rousey vs. McMann on February 22nd.

The UFC has not officially confimed this bout but a Fox sports 1 source close to the UFC confirmed the two have verbally agreed to fight on the card.

Josh Sampo 11-2 in his MMA career and 1-0 in the UFC, with his win coming against Ryan Benoit at the TUF 18 finale in November.

Zach Makovsky on the other hand is 16-4 over his MMA career, and is also 1-0 in the UFC, with his win coming over MMA veteran Scott Jorgensen at UFC on Fox 9. With his decision win over Jorgensen, Makovsky became the #10 ranked flyweight in the world by UFC.com.