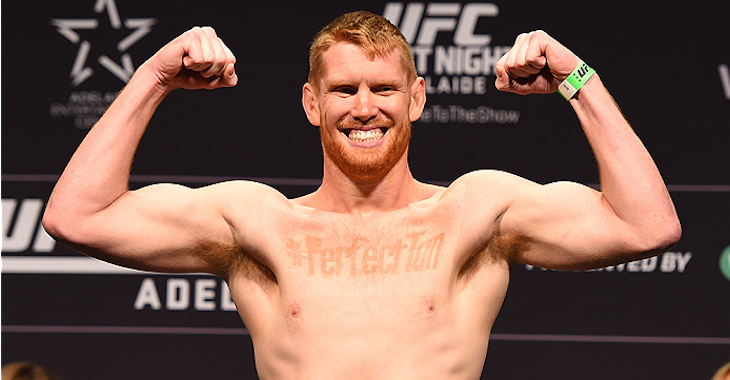 It’s not often you see a fighter walk into the octagon with a sponsor tanned onto his chest, but “Smile’n” Sam Alvey is not your average fighter.

Alvey walked into the octagon with “#PERFECTTAN” branded onto his chest and broke a UFC policy in the process. When asked about it, Managing Director for UFC Operations in Australia Tom Wright responded during the post-fight presser by saying it won’t happen again. “Fighter’s definitely can’t do that. It’s against our policy,” Wright said.