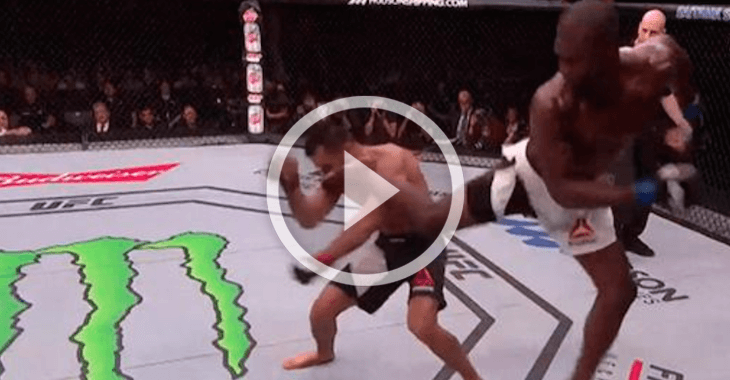 Going into the co-main event a lot of people were saying, yeah it might be an exciting fight, but Gegard Mousasi should be able to take out the underdog Uriah Hall fairly easily. No one was giving Hall much of a chance. Which is fair. Mousasi has been on a tear and is a veteran of the game.

However, Hall shut everyone up and proved he can hang with the top dogs at 185 by pulling off a highlight reel finish of the top ranked middleweight.

In the first round Mousasi controlled the entire round just about, getting an early takedown and keeping it there on the mat.

Then, in the second, Hall came out and landed a jumping spinning back kick to the face of Mousasi. I hurt him and he stumbled back. Hall then followed up with a flying knee that dropped Mousasi. From there he pounded on him until the referee stopped the fight.