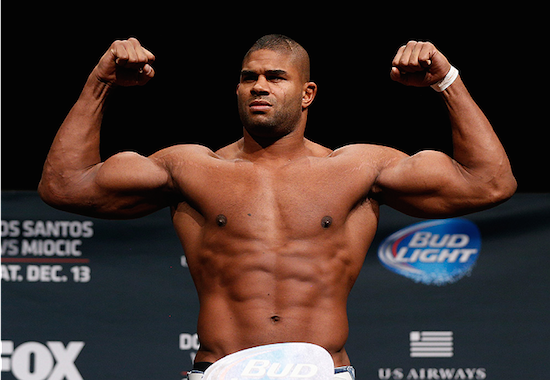 A heavyweight clash featuring two of the divisions hardest hitters will take place at UFC 185 this March.

Roy “Big Country” Nelson was last seen in action in the headlining bout of September’s UFC Fight Night event in Japan, where he suffered a second-round knockout loss to Mark Hunt. Prior to the setback, Nelson was coming off a first-round KO victory which he earned over Antonio Nogueira in April. “Big Country” has gone 2-3 in his past five contests.

Meanwhile, Alistair Overeem returned to the octagon at last month’s UFC on FOX event in Phoenix, where he scored a first-round knockout win over Stefan Struve. “The Reem” has gone 2-1 in his past three octagon appearances, with his lone setback coming to Ben Rothwell this past September.

Who do you have winning this heavyweight showdown? Sound off Penn Nation!