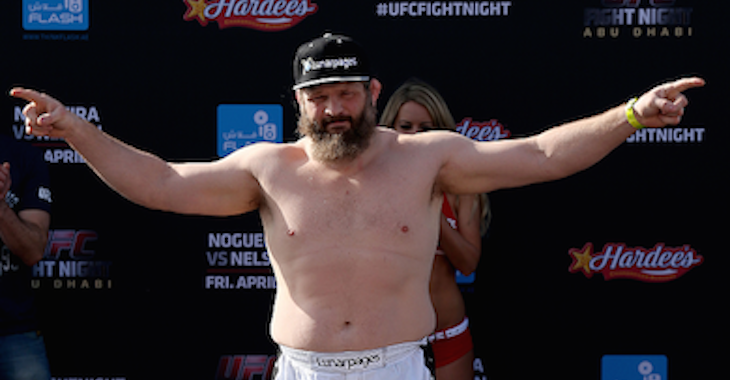 UFC heavyweight Roy Nelson threw in his two-cents on the Jon Jones incident that has been developing throughout the past two days.

Always one to crack a joke, Nelson sent out this Facebook status and picture poking fun at the UFC Light Heavyweight Champion Jon Jones and Quinton “Rampage” Jackson: Nelson is referring to an incident that took place years when “Rampage” crashed his truck into a pregnant woman’s car and fled the scene. Fans took to Twitter and questioned the motives of the message Nelson was trying to convey, but Nelson said he was simply stating facts.

@newfoundmass That was who they where looking for. so if you see a black @ufc fighter fitting the description let the police know.