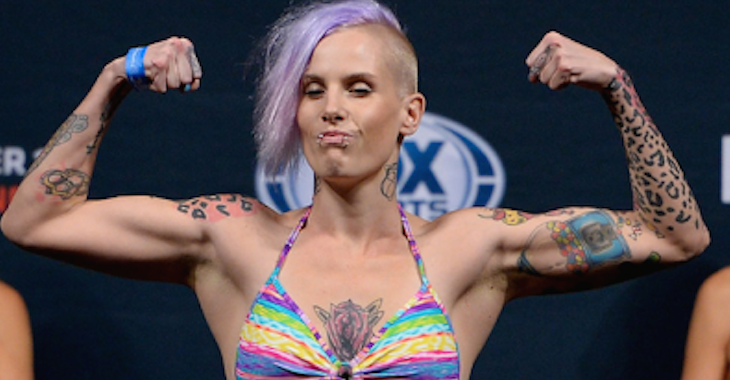 Ronda Rousey’s “#DNB” movement may have inspired thousands of young women to work out and work towards their goals, but “Rowdy” Bec Rawling’s version of the movement may appeal to men AND women of all shapes and sizes!

Rawlings is sitting on the sidelines healing from an injury she suffered that forced her to pull out of the July fight with Joanne Calderwood at “UFC Fight Night 72”. What better way to kill some time while injured than eating some chocolate? Rawlings wants you to be part of the #DoNothingBreak movement!

What do you think? Who’s movement would you rather be part of? Pick your side in the comment section below!