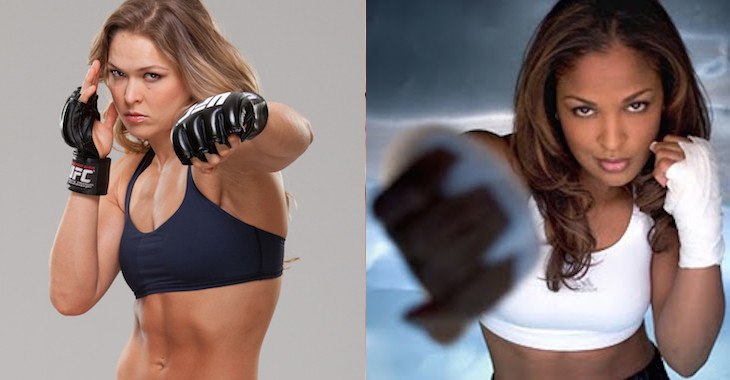 “If she wants to take me up on that, I’m around. She’s retired and has several kids. I understand why she’d think that because she has a size advantage, but if you saw my last fight it had nothing to do with size or strength at all. That’s not how I beat people. So you can’t count having a size and strength advantage as having a real advantage against me.”

“I don’t think it’s a great idea to have a man hitting a woman on television. I’ll never say that I’ll lose, but you could have a girl getting totally beat up on TV by a guy—which is a bad image to put across. With all the football [domestic violence] stuff that’s been happening, not a good idea. It’s fun to theorize about and talk about, but it’s something that’s much better in theory than fact.”

Taking to The Daily Beast, UFC bantamweight champion Ronda Rousey chose to respond to Laila Ali’s recent statements that she could take Ronda in a fight (REPLAY).