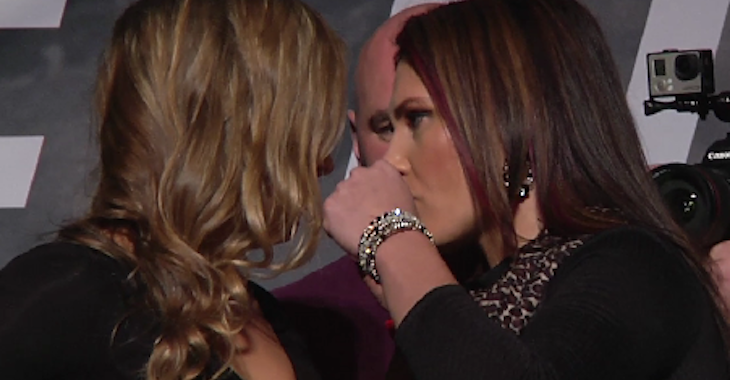 After tapping out to an armlock, Zingano sat in the middle of the Octagon, while Rousey celebrated her win.

After several moments, Rousey went over to where Zingano sat, and hugged her. During the post-fight press conference Rousey revealed that she had offered Zingano a rematch while she comforted her.

“I said that we should do this again. I think she definitely deserves another shot, and sometimes fights just go down like that.”

“I’m lucky to have a lot of experience in Judo, and there were times that I walked out and just got dumped on my head right away. I wasn’t myself that day. It doesn’t mean that I didn’t deserve to be in that fight, or that I couldn’t beat the other person. It was just that for some reason I just wasn’t there. I understand that feeling. I know what Cat is capable of, and I’d definitely like to see more of what she’s capable of.”

You can watch Rousey react to her win HERE, and Kenny Florian break down the bout HERE.