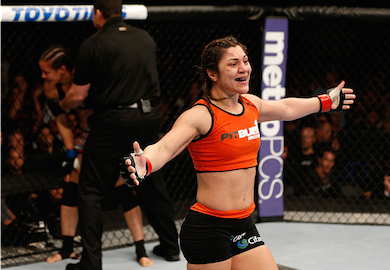 “As soon as (Correia) started talking, she texted me and said, ‘I want that fight. I want it now. I want it before someone else beats her'”, White said during the UFC 177 post-fight media scrum.

“I said, ‘Calm down, lady. You’ve got other people to fight. We’ll figure it out.’ There’s a long list for Rousey waiting right now, so we’ll see what happens.”