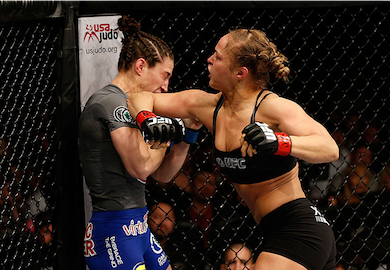 UFC champ, Ronda Rousey has had it with ‘The Ultimate Fighter’ crew and she isn’t being shy about it.

In a recent interview with The Canadian Press, she revealed all.

“I don’t watch ‘The Ultimate Fighter’ now that I know how much bull is in it. I don’t support it. I used to watch it all the time. Now I won’t watch it,”

“They don’t know the first thing about fighting. They only know about reality TV and they treated us like we were ‘Real Housewives of Atlanta’ and not elite athletes that should be respected. And I don’t support people like that so I don’t watch the show anymore.”