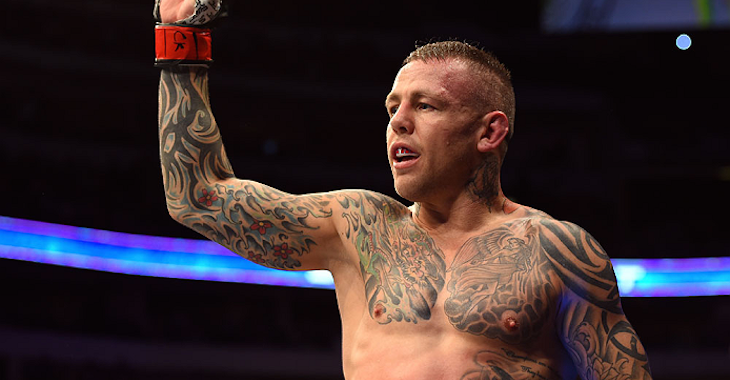 A lightweight bout between Ross Pearson and Evan Dunham is the latest addition to July’s UFC Fight Night event in Scotland.

Ross Pearson (17-8 MMA) was most recently seen in action at March’s UFC 185 event in Dallas, where he scored a second-round knockout victory over Sam Stout. Prior to that, “The Real Deal” suffered a TKO loss to Al Iaquinta in November of 2014.

Meanwhile, Evan Dunham (15-6 MMA) is coming off a unanimous decision win over Rodrigo Damm, which he earned at January’s UFC 182 event in Las Vegas. That victory snapped a 3-fight losing skid for the Oregon native, who had previously dropped bouts to Edson Barboza, Donald Cerrone and current lightweight champion Rafael dos Anjos respectively.