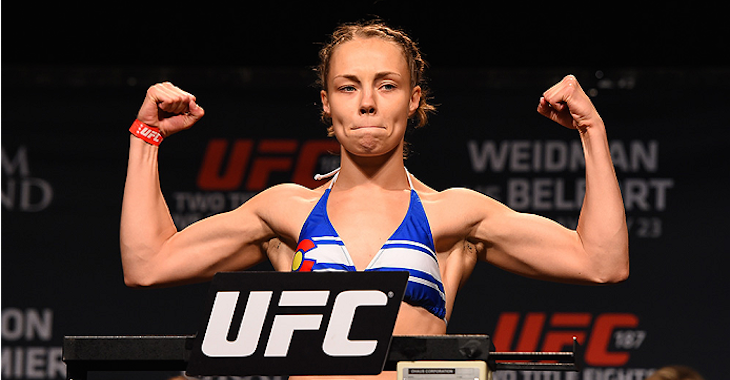 Saturday night in Houston, TX, UFC 192 goes down and despite a little shake up at the last-minute, with Johny Hendricks vs. Tyron Woodley being canceled, there’s still plenty of fights to be excited about. For example, a strawweight scrap between TUF 20 alum Rose Namajunas and Angela Hill.

Their fight will take place on the televised prelim portion of the card, which will air on FS1. Rose and Hill are actually friends and according to Namajunas, she was one of the few people she connected with while on the show.

However, none of that will affect the fight, at least for Namajunas, who says she doesn’t mind fighting friends. Here’s what she told MMAJunkie:

“I respect her a lot. She’s a good friend of mine. I’m just looking forward to having a great fight with her and just having fun out there.”

“I don’t mind fighting friends. I think it’s actually better. There’s no ill will or anything in there. Even though I might have a bad attitude or it might seem like that, I definitely fight with more of a positive attitude in that realm. I don’t want to fight with any type of ugly feelings or emotions because that’s how you get overwhelmed and you get frustrated.”