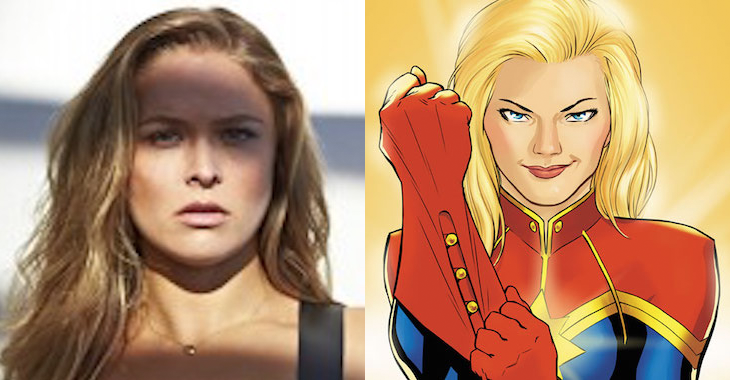 Is UFC champion and all around superstar Ronda Rousey going to star in an upcoming Marvel movie?

Well, she wants to. During a recent Ask Me Anything session on Reddit, Rousey answered a fans questions about playing a super hero and mentioned one in particular.

“Well, a lot of the good ones have been taken, but I’d like to vie for Miss Marvel.”

Miss Marvel or Captain Marvel is already in development and a movie is going to be made. There have been a lot of fan casts for the role of the featured character, but nothing official has been announced yet.

Would you like to see Rousey jump into the movie machine that is Marvel?