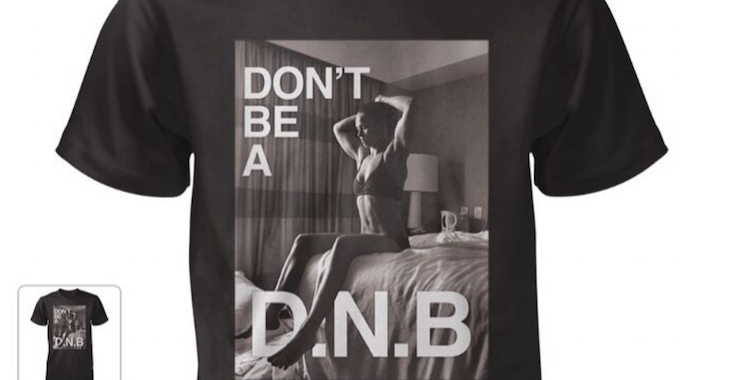 UFC bantamweight champion Ronda Rousey is still kicking as* even out of the octagon.

During one of the episodes of UFC 190 Embedded, Rousey used the term “Do-Nohting B*tch” to describe someone to sits around and just wants someone to take care of them.

After UFC 190 she teamed up with Didi Hirsch 501c3 and they sold shirts with her image and the phrase ‘Don’t be a D.N.B’. A portion of the proceeds will go to the charity “for their work in mental health services & for women with body image issues.”

Rousey ended up selling 13,000 shirts in just 24 hours and the numbers are still going up.

Go HERE to buy on.