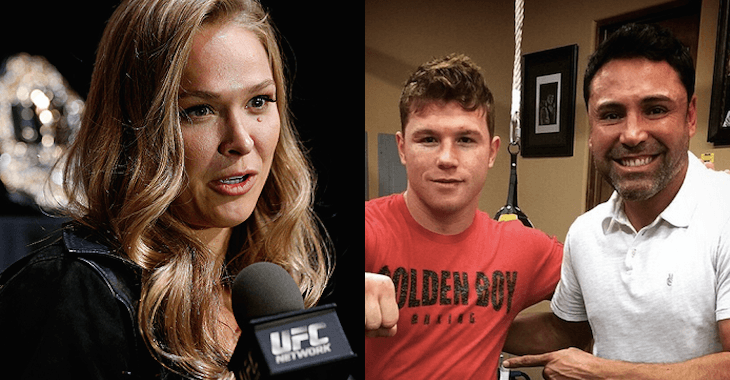 With Floyd “Money” Mayweather retired, Saul “Canelo” Alvarez has the opportunity to become one of the biggest stars in boxing today. Fresh off a major knockout win over James Kirkland in May, Alvarez has inked an extension with Oscar De La Hoya and his “Golden Boy Promotion”!

Miguel Cotto is set to challenge “Canelo” Alvarez on HBO pay-per-view in November in a bout that De La Hoya thinks can break 2,000,000 buys! Fans and fighters alike rejoiced when Alvarez re-signed with Golden Boy Promotion, but Ronda Rousey in particular was excited for De La Hoya!