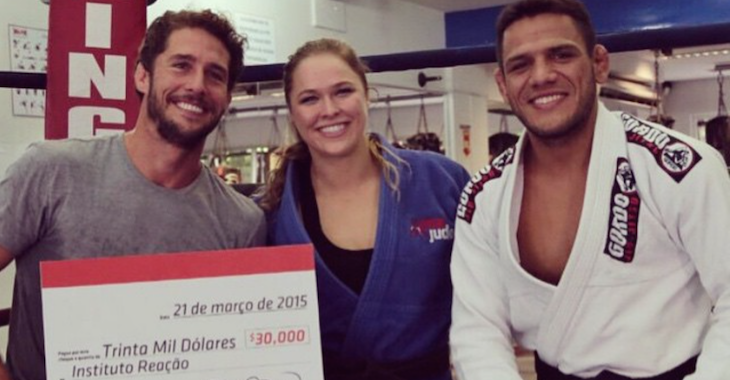 UFC bantamweight champion Ronda Rousey decided even before winning on Saturday at UFC 190, that she would be leaving her title belt in Brazil.

She felt a special connection with the Brazilian people:

We now know where Rousey will be leaving the strap. She’s chosen Instituto Reação, which is a judo school run by Flavio Canto. The school received a special surprise check from Rousey a while ago and now they will be home of the UFC belt. Pretty cool.