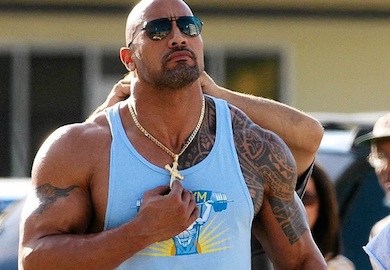 “I never thought that being an action movie star was in the cards for me. My agent, Brad Slater, kept telling me, ‘You’re going to be the female Rock.’ Then I started to believe it could be a reality.

“I don’t half-ass anything. If I’m going to do something, I’m going to do it to be the best in the world at it. A lot of actresses appear in action movies, but there aren’t any female action stars. I love Angelina Jolie, but … it’s about believability for me. Milla Jovovich is one of my favorite actresses – ‘The Fifth Element’ really opened my eyes, and the ‘Resident Evil’ franchise was amazing. So definitely a mix of Milla Jovovich and The Rock is what I’m going for. People love chick fights. They love tough, empowered women. And there is a demand. People just don’t know it.”