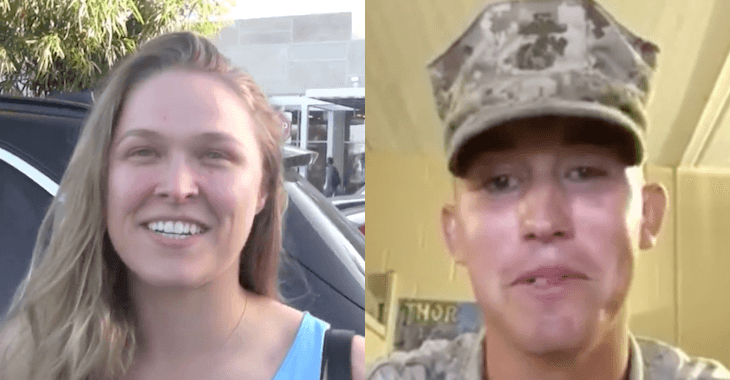 The power of the internet has shown it’s true force once again, this time for something good.

Last week a video of a marine asking UFC bantamweight champion Ronda Rousey to the Marine Ball went viral and made its way to the champ.

Now, we have the response from Rousey.

TMZ Sports caught up with champ and asked her about the video (shown below).

Hey guys, I'm trying to take Ronda Rousey to the Marine Corps Ball this year and I need your help to reach out to her and her fans. Please share this post and video. Thank you!!

Rousey said that she had seen the video and would love to go, but had some stipulations first. First, she’s no first date girl, meaning, well you know, and second, she requested dates for her friend as well.