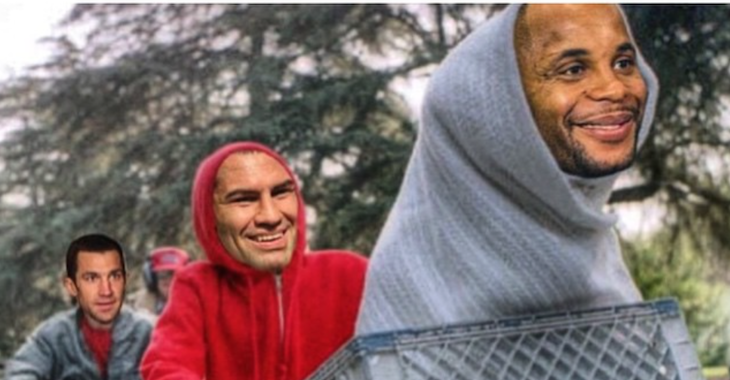 The boys of AKA are riding high right now. American Kickboxing Academy now currently has two UFC champions under its roof and a potential third coming up in the future. Cain Velasquez will defend his heavyweight title against Fabricio Werdum in Mexico City, Daniel Cormier just won the light-heavyweight strap by defeating Anthony Johnson and now Luke Rockhold will git his chance to grab the middleweight title when he takes on champion Chris Weidman.

Speaking of Rockhold, the newly announced title challenger took to his Instagram account to have a little fun.

Check out this photoshopped picture, with all three of their faces on characters from the movie ET.

Do you think Rockhold will get it done and make AKA the home of three UFC champions?