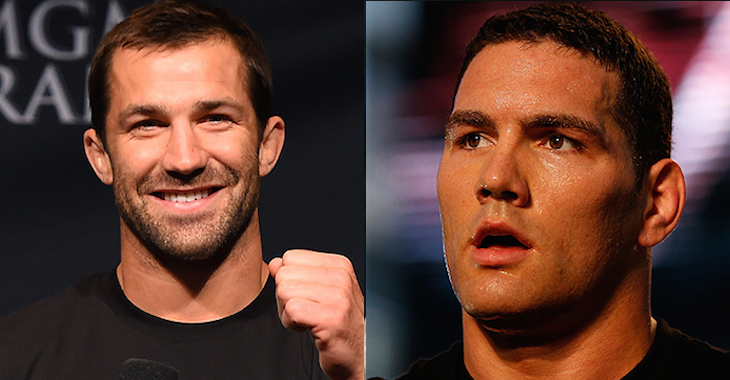 Now that his rivalry with Vitor Belfort has been settled, Chris Weidman is set to defend his UFC Middleweight Championship against Luke Rockhold in the near future. While the date and event have yet to be confirmed, Rockhold isn’t waiting any longer to get under the skin of the champion.

Weidman has been sharing pictures on his Instagram of him kicking it with the likes of Floyd Mayweather and Kevin James. Rockhold, on the other hand, is in Long Island kicking it with Weidman’s people! Check out his message to the champion below:

While @chrisweidmanufc is nut hugging A list celebrities. I’m here in Strong Island with the people. First I take your town then I take your belt.