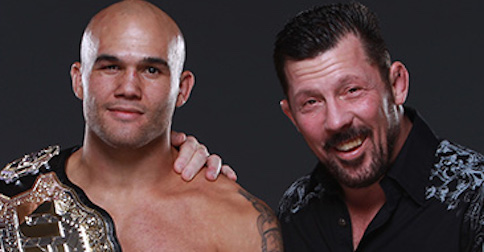 “I think at the time Georges St. Pierre was the champion and I told people, and a lot of people laughed at me about that, but I said Robbie Lawler is the worst possible match up for George St. Pierre. Robbie will absolutely wreck him. And now obviously we didn’t get to find out about that match up because Georges has stepped away for a while, or maybe for good, we don’t know. But Robbie is a bad match up for almost anybody because of his skill set and how dangerous he is and how hard he hits. Georges was a guy that was very good at the transition game, very good at making people think they’re in a boxing match and hitting takedowns when people least expect it. [He was] very good at holding people down, very good at controlling people, and pretty dang good with his jab and setting stuff up off of that jab. But Robbie is a much more refined striker than Georges is. He hits much harder and Georges certainly would not be able to hold Rob down and ride out a decision. It just wouldn’t happen. So given those two things, it would not be a good match up for Georges period.”