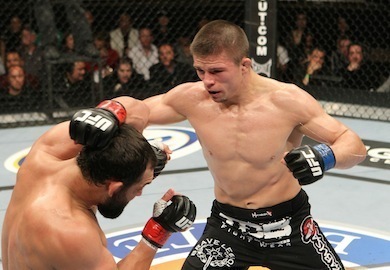 “He’s just a little bit more aggressive, he’s more confident with his punches, and that’s something you’ve got to be aware of. It’s definitely dangerous, especially getting hit by him. But, I’ve said it once, I was the only fighter to keep Johny backing up. And I really think that that’s the way you beat him… I mean, I’ve seen other fighters and they don’t really pressure him too much. They respect his power.”

In a recent interview with “The MMA Hour”, Rick Story shared how he was one, of just few men to best UFC welterweight champion, Johny Hendricks.

Could he repeat with the same gameplan?