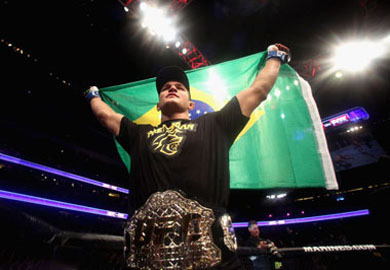 If both sides come to an agreement, Dos Santos will become the third UFC fighter to be sponsored by popular shoe and apparel company, joining the ranks of UFC champions Jon Jones and middleweight champion Anderson Silva.

Dos Santos contract with his main sponsor, Pretorian, has expired, and after negotiations, both parties mutually agreed to move forward separately.

Nike quickly contacted the popular heavyweight and brought him in to headquarters for negotiations.

Dos Santos has been spotted wearing only Nike clothing.