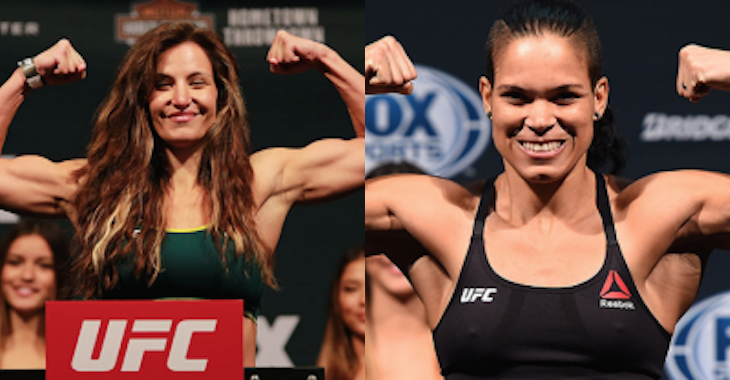 Well last week it was reported that Miesha Tate vs. Amanda Nunes was being targeted for a December date.

With the addition of another event on that stacked weekend in December there were a lot of options for where that fight would take place. However now it looks like it will be added to the already stacked UFC 194, which will take place that Saturday on Dec. 12.

The report comes from the Brazilian news outlet, Combate, who sated that sources close to the organization have confirmed the bout.

UFC 194 is now undoubtably one of the most stacked cards we’ve seen in a while. Headlined by the UFC featherweight title fight between Jose Aldo and Conor McGregor, we also get Chris Weidman vs. Luke Rockhold and Yoel Romero vs. Ronaldo Souza. And that’s just a few of the huge fights.

Check out the announced fights for UFC 194: