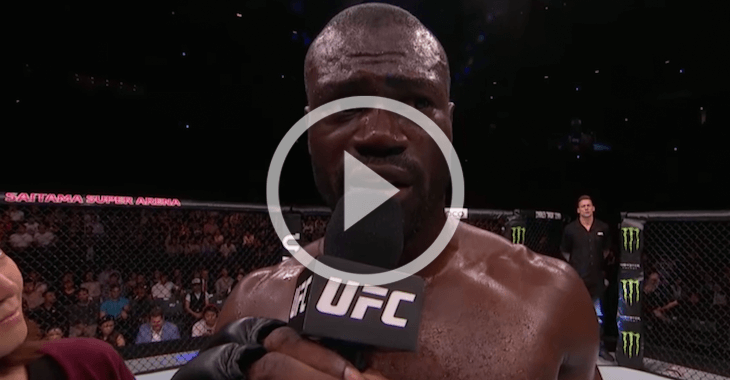 Uriah Hall lit social media on fire when he executed one of the most impressive knockouts of the year at “UFC Fight Night 75”. Gegard Mousasi got some good shots in during the first round, but ate a spinning back kick and a flying knee just twenty seconds into the second round. Hall gave Mousasi no room to breathe and finished him off with some brutal shots. Check out Hall’s post fight interview in the video below!