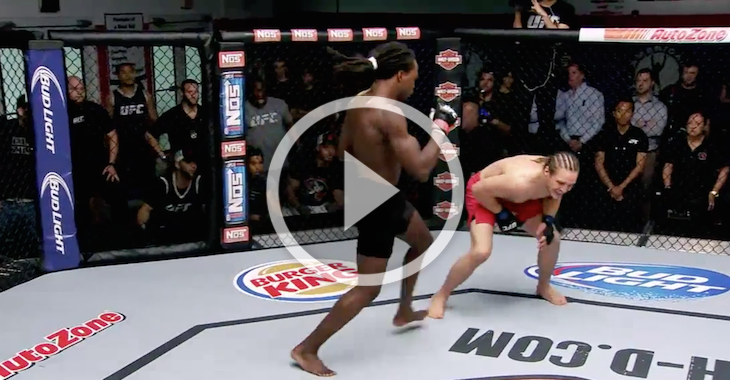 ‘In what could be the greatest comeback in “Ultimate Fighter” history, Mike Graves steals a victory from the jaws of defeat by beating Jason Jackson after an accidental low blown nearly cost him the fight and he ties up the competition for American Top Team going into the final week.’