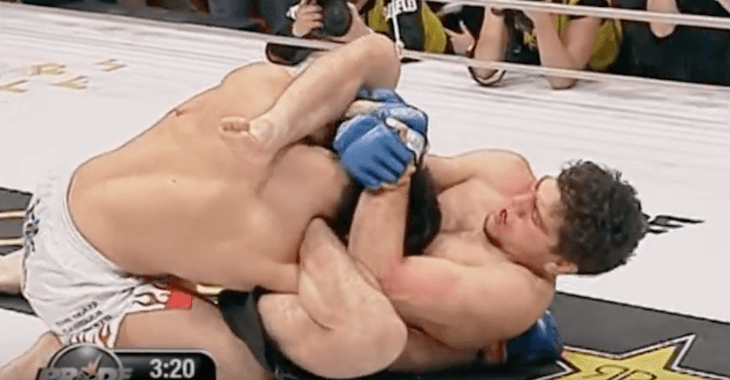 With Nick Diaz’s suspension making headlines this week and the real possibility that it could be a while before we ever get to see him fight again (hopefully not though), I thought it would be a good time to look back at one of the greatest fights in MMA history.

Nick Diaz and Takanori Gomi met in PRIDE FC and went to war, putting on one hell of a memorable fight. In the first round (10 minutes) the two went back and forth, especially towards the end when Diaz really started landing with his punches and Gomi started to get tired.

In the second round Diaz came out looking to throw some more leather and beat Gomi up. Gomi eventually shot in and got Diaz down, which is when Nick locked in a beautiful gogoplata and forced ‘The Fireball Kid’ to tap out.

Do yourselves a favor and watch the fight, you won’t be disappointed!