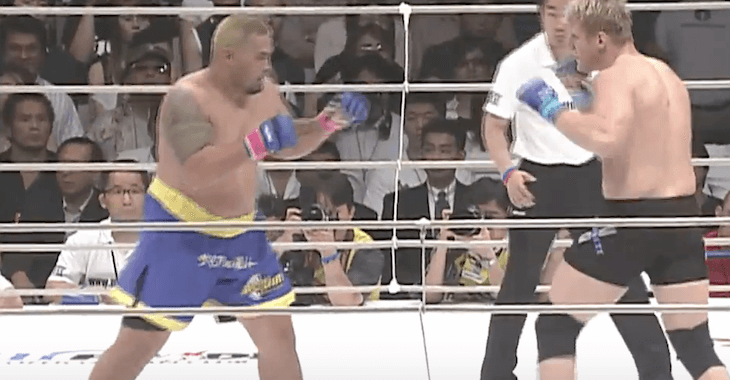 Check out the video below, released by the UFC, showing the fight between current UFC heavyweights Josh Barnett and Mark Hunt as they battled it out in Pride FC.

As soon as the fight hit the mat it was basically a wrap for the submission grappling ace Barnett who forced Hunt to tap out with a kimura.

‘In this flashback fight, Josh Barnett looks to stake his claim for a top spot in the ranking and in his way is the dangerous Mark Hunt. Next catch Barnett as he fights in the main event against the top contender “Big Country” Nelson at Fight Night Japan.’