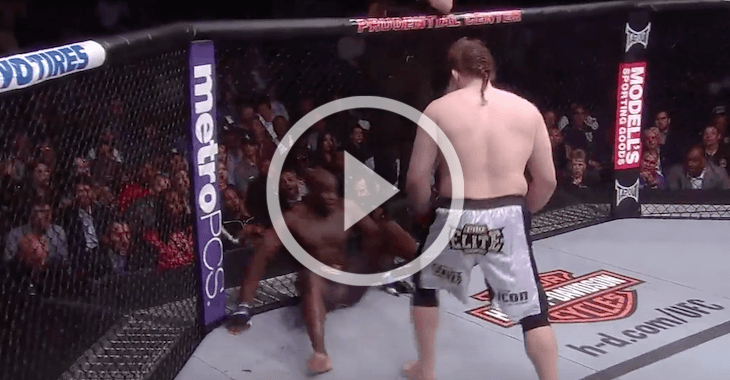 Back at UFC 159 ‘Big Country’ Roy Nelson took on fellow heavyweight Cheick Kongo. The fight never made it out of the first round as Nelson managed to land one of his brutal right hands with less than two minutes left.

Kongo had his back to the cage and made the mistake of standing right in front of Nelson for a split second. Then he got dropped. Nelson followed up with a punch that caused Kongo to go limp and that was that. The referee stepped in and called a stop the fight.

https://youtu.be/wunietla0Nc
‘Watch Roy Nelson extend to a three-fight winning streak when he knocked out Cheick Kongo back at UFC 159. Nelson takes on another tough challenge in the heavyweight division when he meets Josh Barnett at Fight Night Japan.’