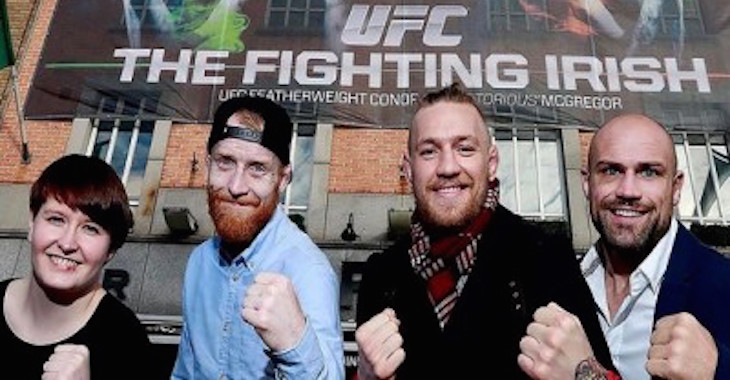 The Irish invasion has begun in MMA, and it all started with interim UFC featherweight champion Conor McGregor.

Ahead of UFC Dublin this Saturday, where Joseph Duffy will square off against Dustin Poirier in the main event, Reebok released a new shirt showing a map of Ireland along with the description “Show your UFC territorial allegiance with this UFC Ireland map tee. You know in your soul the best fighters come out of Ireland, and you’re not afraid to scream your pride in the gym or at the Octagon.”

The only problem? Reebok forgot to add Northern Ireland to the map. Luckily for Reebok however, Twitter users didn’t forget about Northern Ireland, and were quick to let the company know. Since then Reebok has pulled the shirt from its website.

Check out the shirt below: